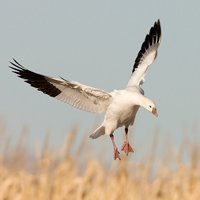 We just finished our very first NSN Photography Series event at Bosque del Apache National Wildlife Refuge, and I must say it was a huge success!

Our keynote dinner and classroom instruction were held at the Macey Center for Performing Arts at New Mexico Tech in Socorro, New Mexico. Many of our NSN staff were on hand: yours truly, Greg Downing, E.J. Peiker, Chris Klapheke, Royce Howland and NSN’s Event Coordinator, Erin Masters. Our special guest and keynote speaker was Rick Sammon, Canon Explorer of Light and renowned photographer.

Friday evening, we were busy right from the start as folks arrived early to pick up their welcome materials and registration packets. It was nice to see so many familiar faces as well as new ones. Folks came from all over the US, Mexico, and Canada! 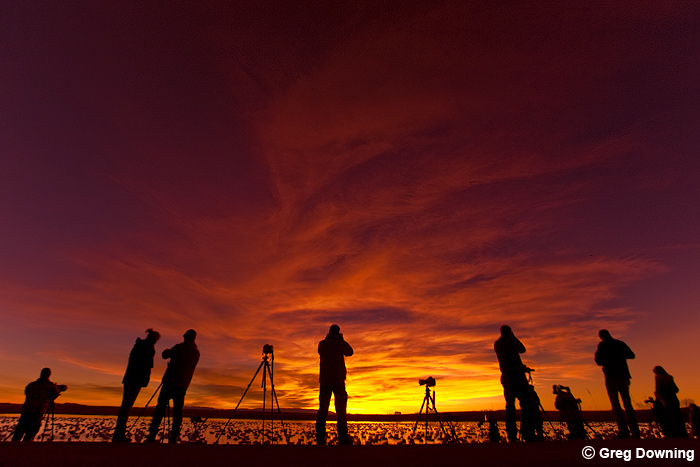 We had an impressive crowd for our keynote dinner and presentation. Senior Biologist from Bosque del Apache, John Vradenburg, started the evening off with an overview of the refuge that was both enlightening and informative.

A ton of door prizes were given away! I would again like to thank our sponsors, Kwik Camo Blinds, Apex Tripod Belts, Gitzo, LensCoat, Nik Software, Gary Farber at Hunt’s Photo and Video, Lewis Kemper and Think Tank Photo for the fabulous gifts!

After dinner, Rick Sammon entertained us with stories of his adventures around the world. If you have never seen Rick speak, you’re missing out on something special! Rick was engaging and animated and kept us laughing.

On Saturday, we got a very early start – 5:15 a.m.! Our field workshops were full and the weather was cooperative. We were treated to an amazing sunrise and some very accommodating geese blasting off continuously a few feet away, just as we had hoped!

Many of the folks in attendance were experiencing Bosque for the first time and walked away speechless. We met up with Rick’s group and he was able to capture some video of his first “blast-off” experience. Next year we’ll probably be playing with the new 5D Mark II capturing some HD video clips of the event. 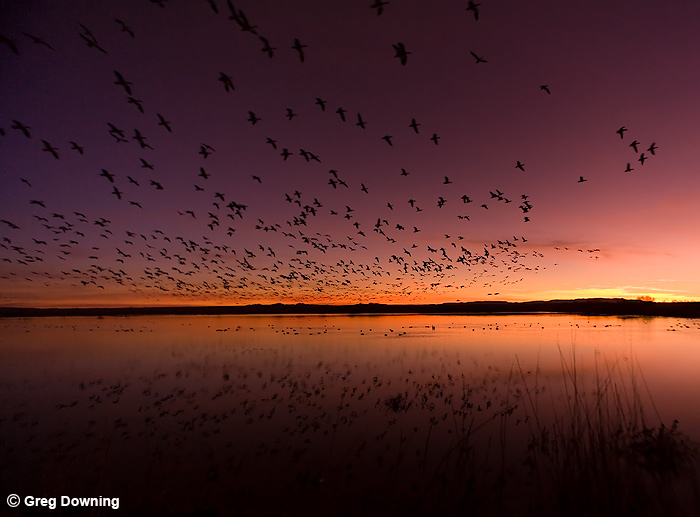 Saturday was by far my busiest day with two field workshops and a two hour class entitled “An Introduction to Digital Bird Photography.” I shared techniques and images going back more than a decade. Royce, Rick and E.J. all had field workshops and classroom programs as well, covering HDR, Outdoor Flash Photography, and Photoshop.

Photographic opportunities Saturday afternoon were decent with lots of ducks and other animals to be found around the refuge. Although the wind was not ideal for flight shooting of the geese, banking shots could be had as the geese rounded out their approach. The crane pools proved productive for silhouettes with great color in the sky. Check out Wayne Nicholas’ quintessential shot of a parachuting crane.

To round out the day, Erin made arrangements to have an informal get-together at the Socorro Springs Brewery. More than 50 of us filled the back room, mingling and exchanging photo stories. 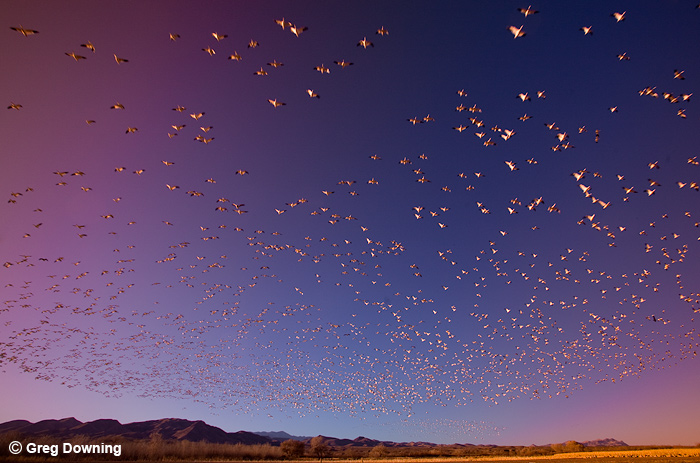 On Sunday the sunrise was not quite as spectacular, but it was a bit warmer! Blast off happened about 15 minutes after sunrise. Royce took a group of intrepid photographers for a 2.5 mile round trip walk on the Canyon Trail Loop to catch sunrise as he taught about captures for HDR.

Another round of indoor programs filled the mid-day between morning and evening shooting times. Folks have commented that the schedule worked out great in this respect.

Late Sunday afternoon, the flight opportunities were very good as the wind shifted and the birds landed into the light. Remember, the best flight shooting for landing birds is when the wind is blowing the same direction that the sun is shining – and you generally want the sun behind you when you are shooting. Birds will always land into the wind and the stronger the wind the better the opportunities will be for great landing shots.

Our event at Bosque was a huge success and we have received a ton of positive feedback, as well as suggestions for a few tweaks for future events. 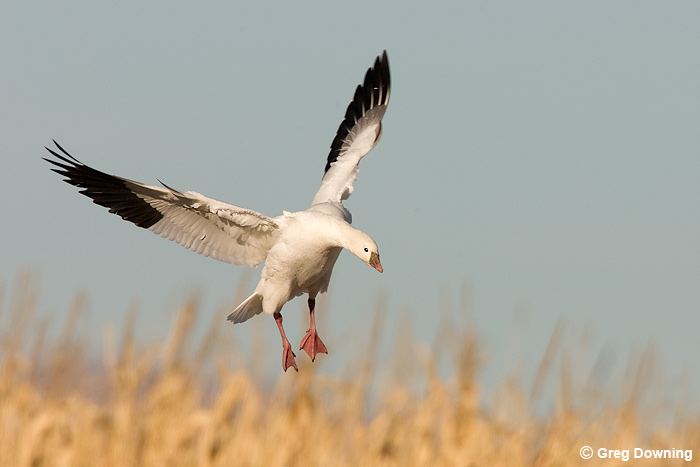 Rick Sammon had such a good time at this event and enjoyed the location so much, that he is coming back next December! He was also impressed and touched by the NSN community, and as a result is going to be a contributing writer for NSN on a regular basis. His first article was written about the event and was featured on the front page of NSN shortly after we returned from New Mexico. We are excited to have his support as part of the growing NSN team!

« Backing Up: 10 Steps to Peace of Mind When Traveling in the Digital Age
Getting the Most From Your “Better Beamer” Flash X-tender »